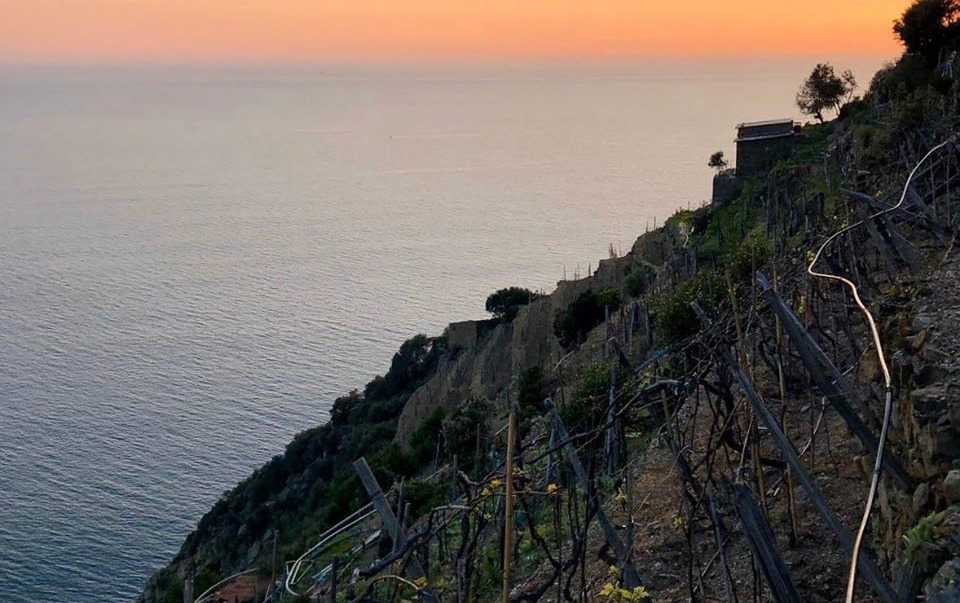 There have been reports of wine being cultivated in the Cinque Terre ever since the time of the Roman Empire, but from the Middle Ages the land was transformed with terraced strips for cultivation, which have sadly now been partially abandoned.

When cultivation first began, there were only a few families and it was spread over a greater area of land than today.
However, ownership of the land has been sliced up over the intervening years, leading to the current situation where each owner may have dozens of plots of land in different locations, which are perhaps far away from one another.

The way the land is cultivated is now specialised depending on where it is and how much sunlight it gets.

There are vineyards (in the sunniest areas), as well as vegetable gardens (in the coolest places near the streams), olive groves, woods (high up), and pastures which have fallen into disuse because animals are no longer reared.

The division of the land into small plots in different areas means higher costs for grapevine cultivation, and it helps farmers for the land to be consolidated.

From Casa Capellini you can admire the Amphitheatre of Giants, which is a natural amphitheatre moulded by terraces and held up with the dry stone walls that almost completely surround the town of Manarola. If you follow path 502 which goes up through the amphitheatre, you can see beautiful panoramas as well as the hill’s impressive slope.